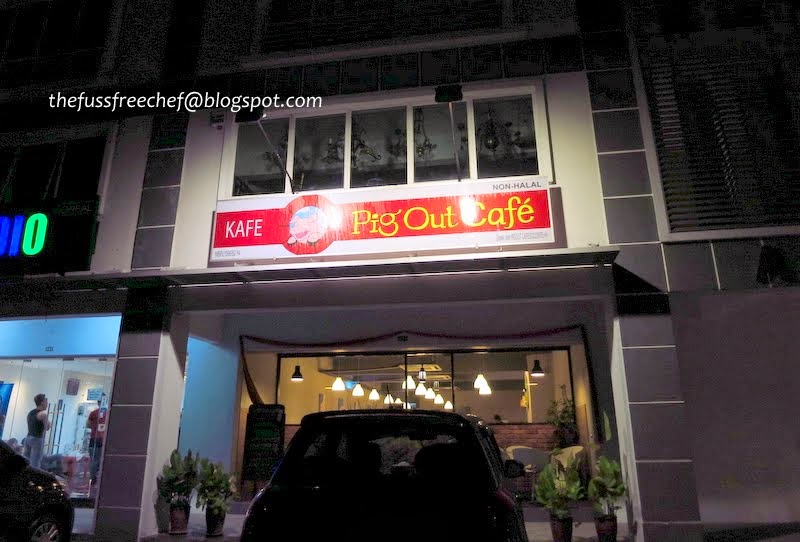 The new Kelana Parklane commercial centre is still struggling to build up buzz since its completion in August last year.

We passed by this development fairly regularly and have seen tenants come and go in the blink of an eye.  So it was with some trepidation that I agreed to a friend's suggestion to visit Pig Out Café here for a precious Saturday dinner.

I like the brightly lit, red bricked, semi country-ish décor, punctuated with piggy pictures and paraphernalia.  It's a place to enjoy honest, uncomplicated porky fare in your sandals, jeans and T shirts. 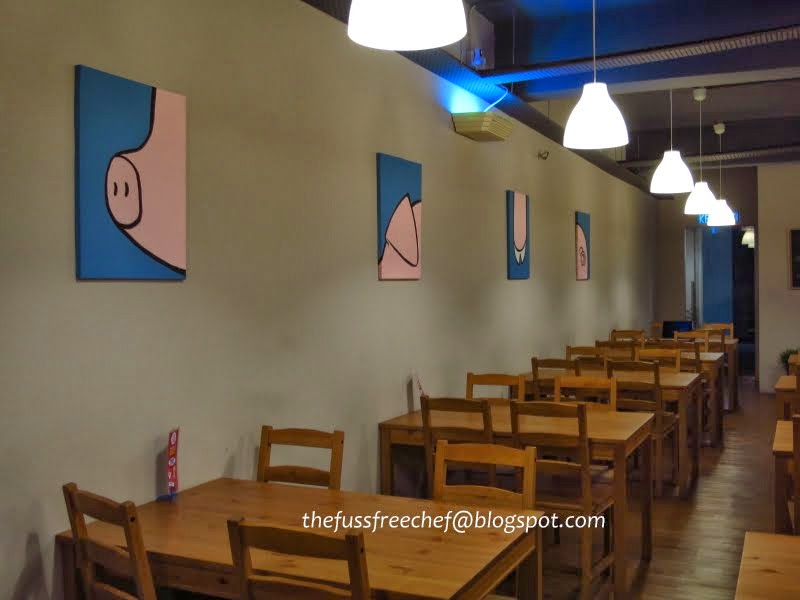 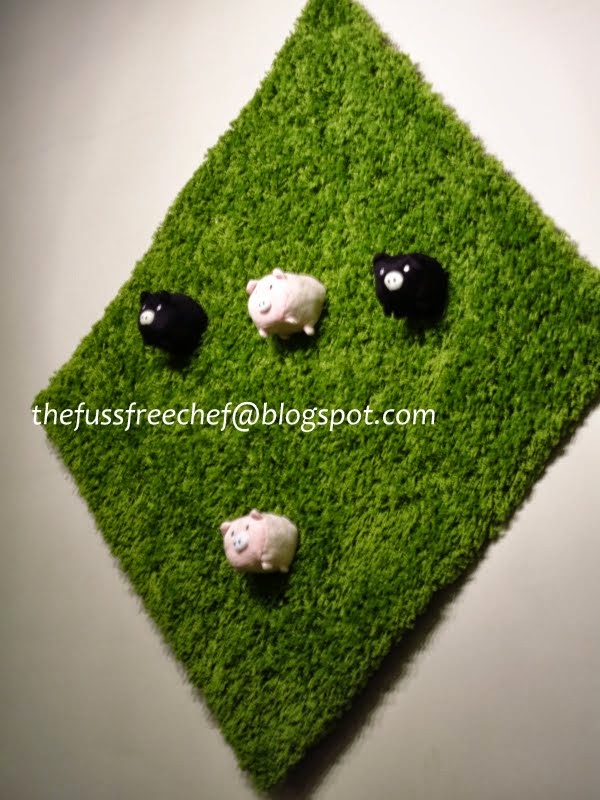 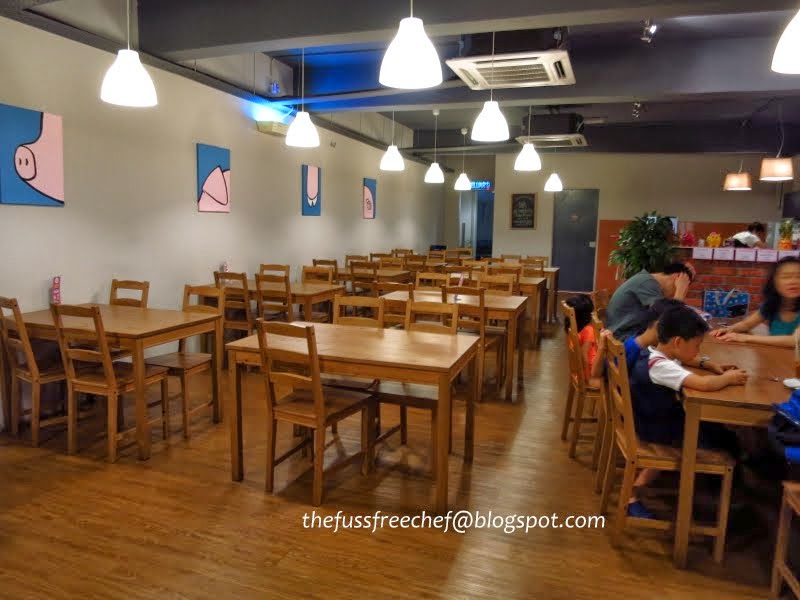 Limited menu.  If you go in a big crowd, you can pretty much try most of the offerings. 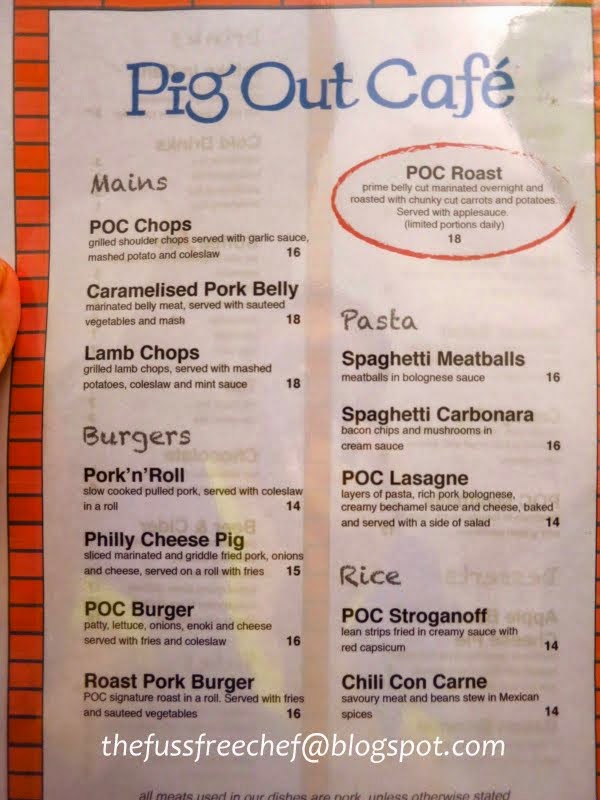 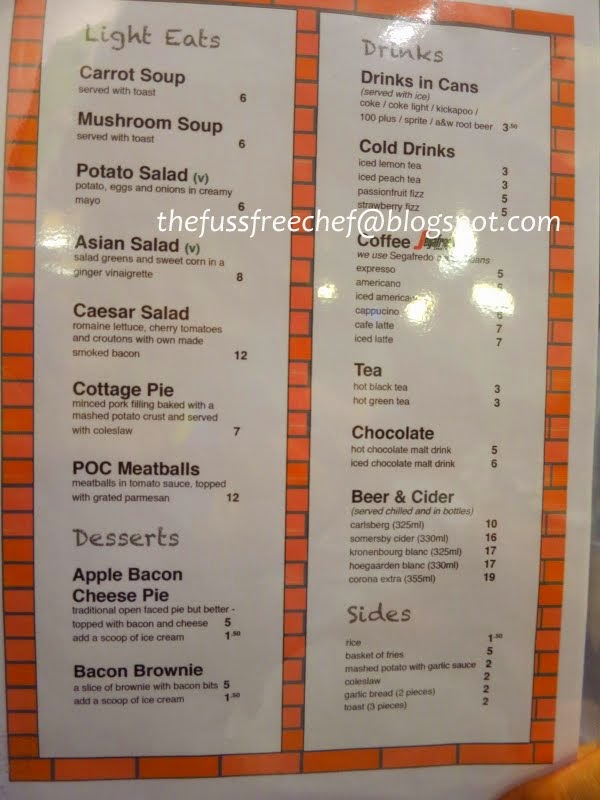 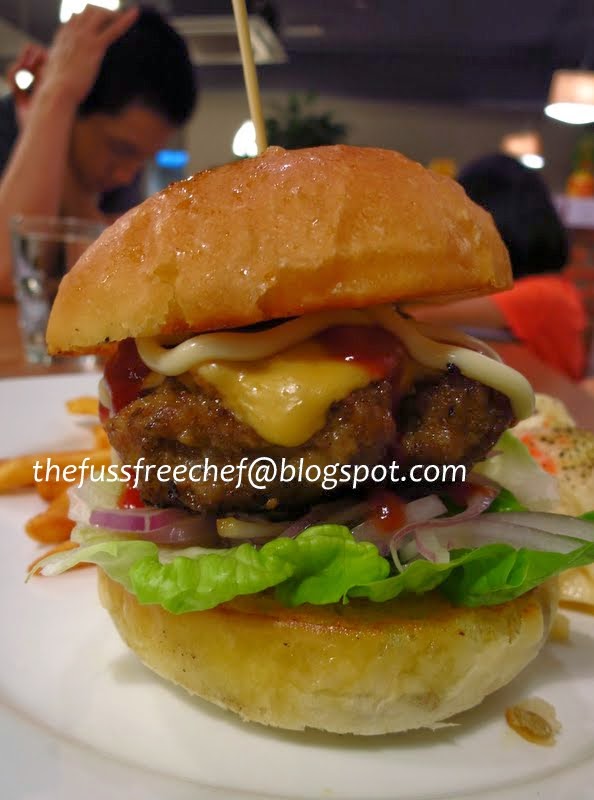 POC Burger - juicy patty, comes with a dollop of mash potato and coleslaw.  $16.   Decent but ordinary. 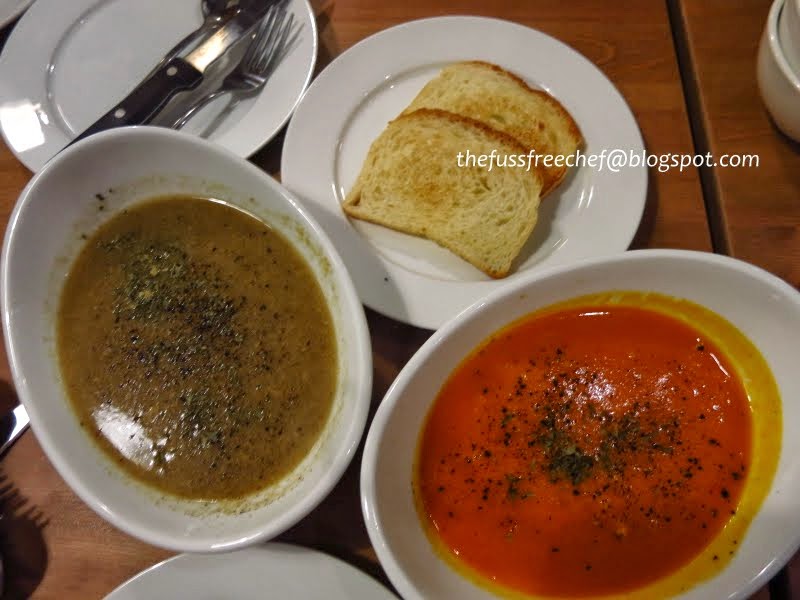 We tried both their carrot soup and mushroom soup, $6 each.  Thick and creamy, we gave the carrot soup a big thumbs up, but the mushroom soup was disappointing.  Watery and lack of flavor.   Toast were two slices of white bread. 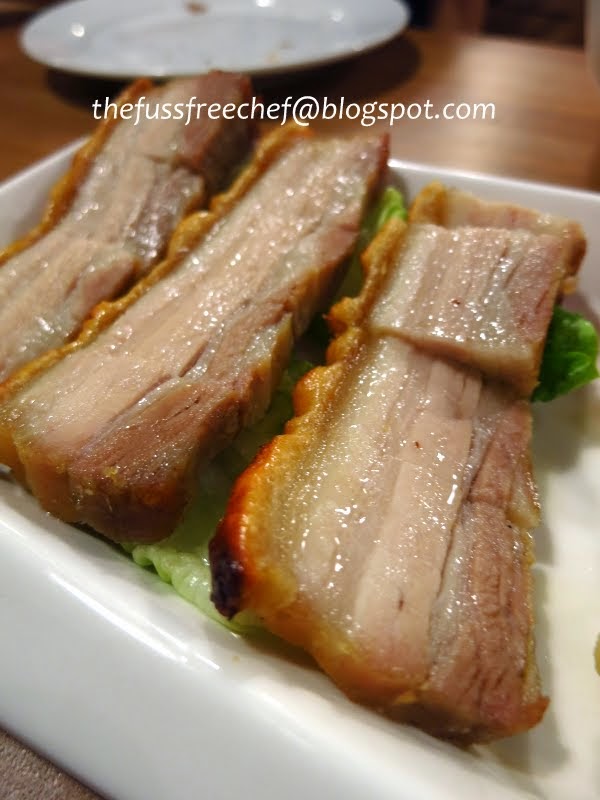 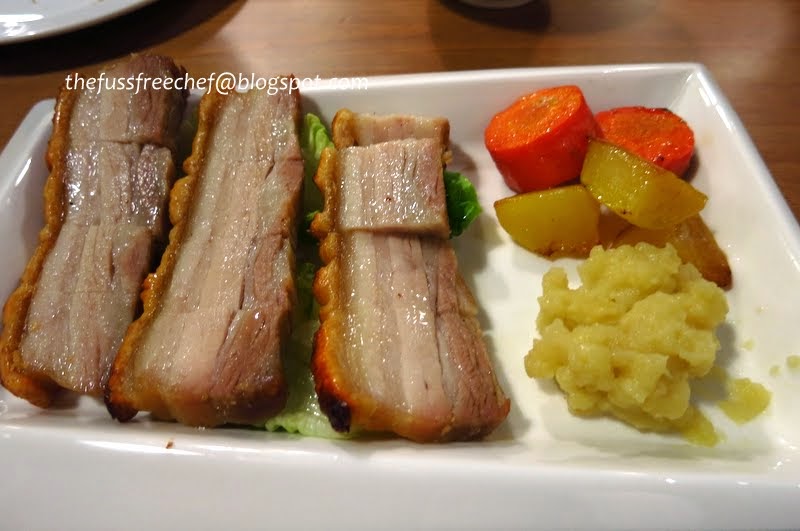 The star dish was their POC Roast - 3 awesome slices of pork belly, oozing with flavour, juicy and had that oh-so-crispy crackling.  We were literally fighting for it.  Came with apple sauce, chunky grilled carrots and potatoes.  $18.  One plate is pure torture. 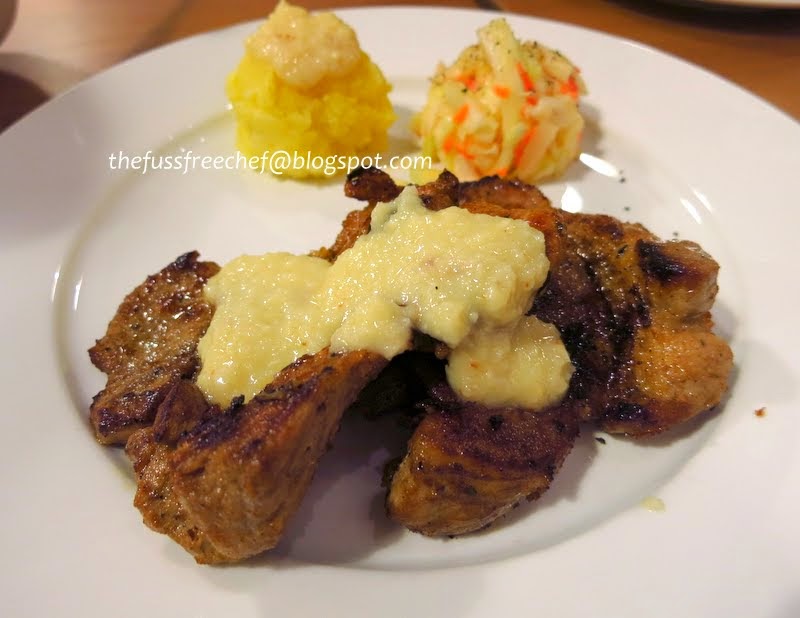 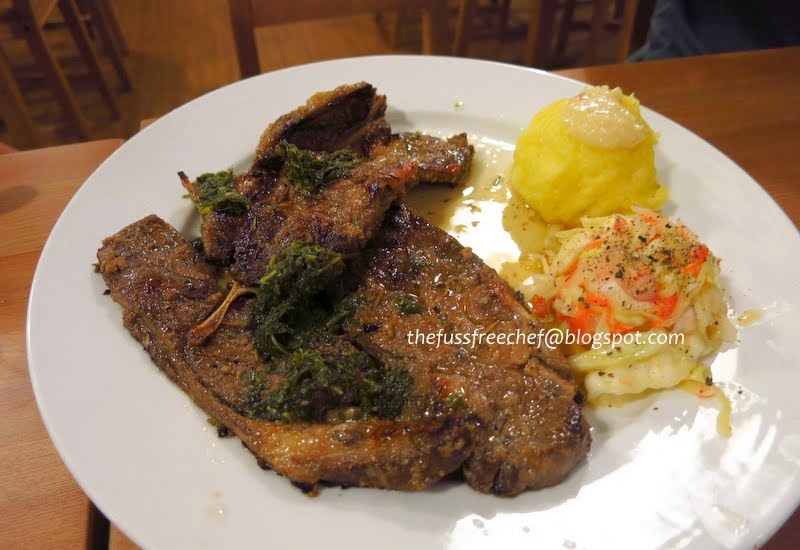 Lamb chops with mint sauce, mash potato and coleslaw.  $18.  Three generous slabs of grilled meat, but unfortunately was rather chewy.  Quite forgettable. 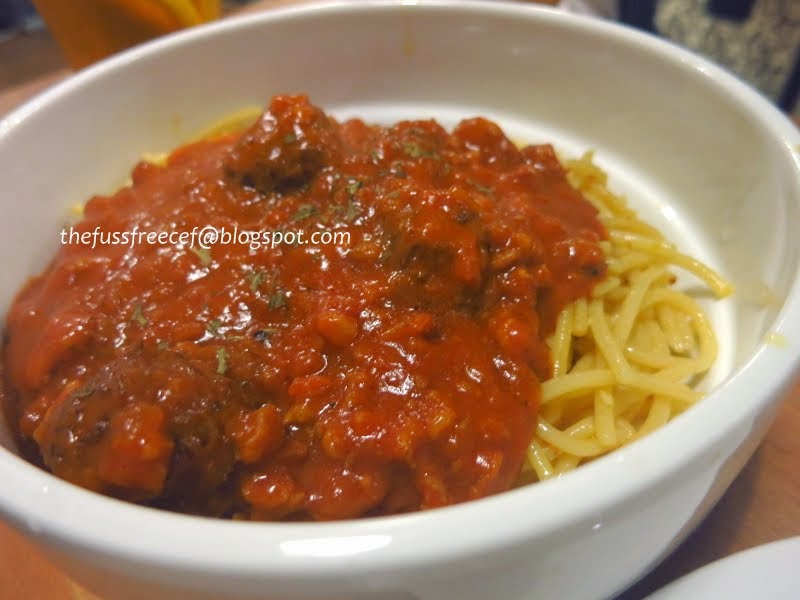 Spaghetti meatballs for the kids.  $16.  Generous portion, but strangely it tastes like ketchup sauce with sugar over minced meat. 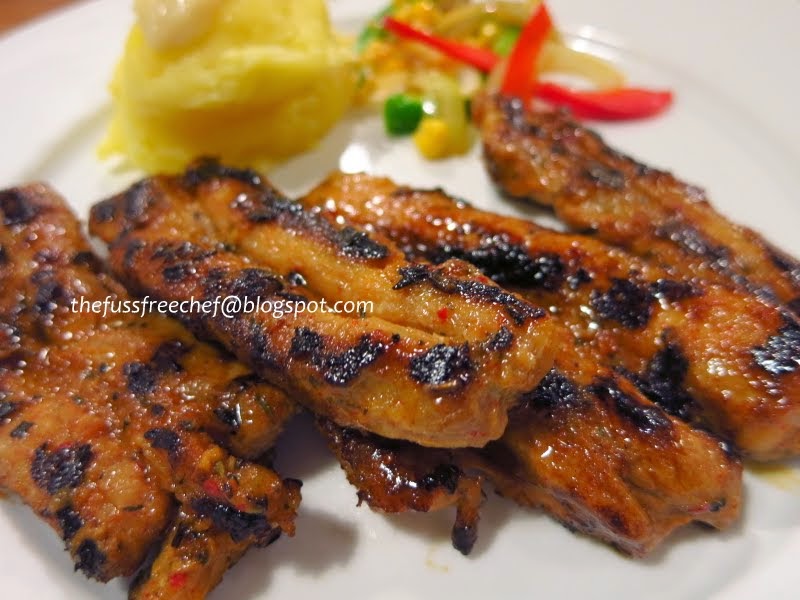 Caramelised Pork Belly.  $18.  Tender slices of pork belly, but sadly, the flavour was rather bland.  It was barely sweet, barely spicy, barely salty, everything was just... barely. 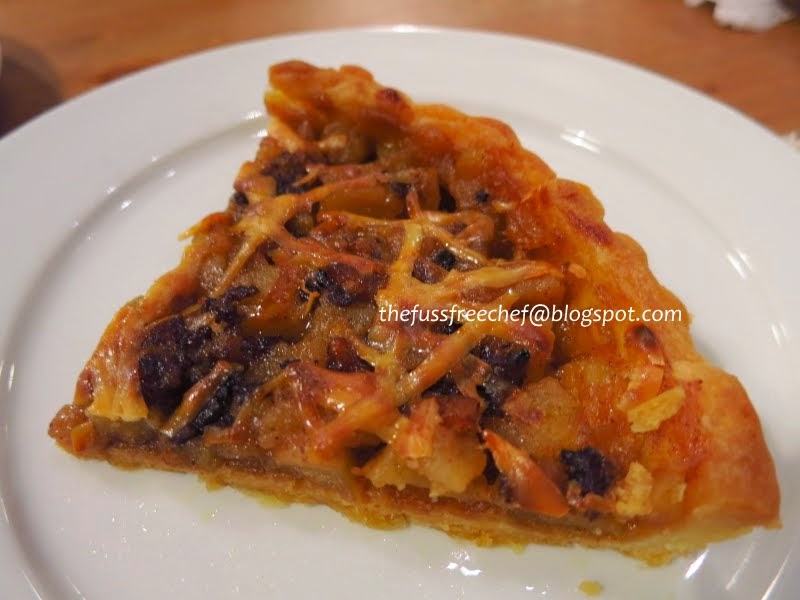 Apple Bacon Cheese Pie.  Don't ask me why, but I had such high expectations for something with such a promising description.  And sadly, what we were served fell far short.  Limp and soggy pastry, blanketed by tiny salty morsels of bacon bits and apple slices that suffered the curse of cinnamon overdose.
﻿ 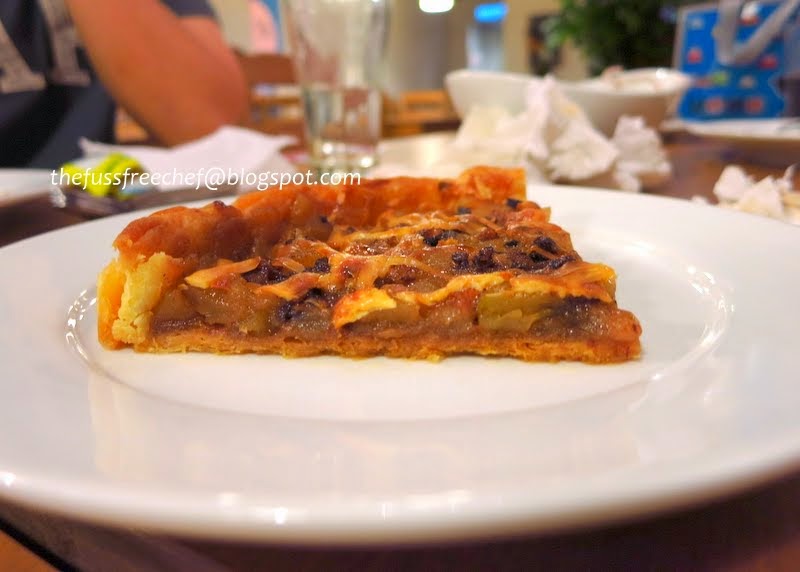 One of the thinnest slice of pie I've ever had.
Overall, I'd have to say there were more misses than hits here at the Pig Out Cafe.  Thankfully the hits were spectacularly good, mainly the POC Roast, followed by the Pork Chops.  Whilst prices seem on the lower side, portions were not substantial either, which more or less cancel out each other.  But my main quibble is - for a café that proudly trumpets its porcine positioning, where is that million dollar piece of crispy bacon? Aside from those tiny bacon bits on the apple pie, none of our porky dishes had any bacon in it.  I just can't get over this.
Pig Out Cafe
A-G-3, Kelana Parklane Business Centre
Jalan SS7/26, Kelana Jaya
﻿

Posted by Esther@thefussfreechef at 8:04 pm