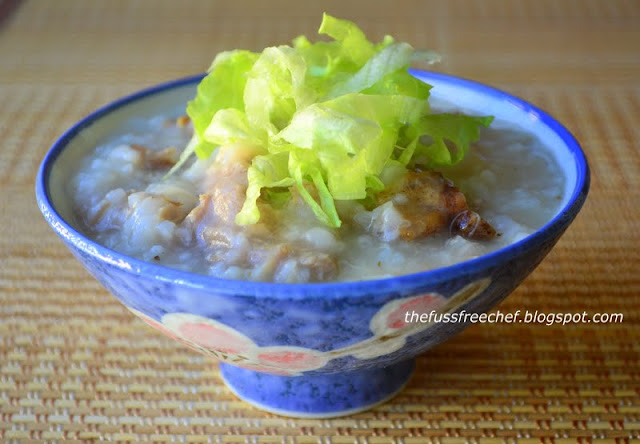 You know how you grew up eating certain types of food because your mum always cooked them, and you just assume that everyone else would have also eaten those food before?!


Well, that was my thinking until i happened to be talking with some friends about the subject of our favourite porridge and it seemed like nobody has ever heard about roast pork bones porridge.

Really?? It's just boiled porridge with roast pork bones (with lotsa meat on it - NOT siew yoke, but siew chu kwat).  Nothing sophisticated about it.  Terribly homey, terribly simple, terribly delicious, and a complete no brainer.   Still never heard of it?  Hmmmm...never mind, i think it's another of my mum's no brainer recipes that makes up most of our warm and fuzzy childhood memories about homecook food.

Now that i have my own family, this is on our regular porridge menu.  And thank goodness i did not grew up asasociating porridge with being sick!  That would have been tragic because i LOVE porridge.  And this roast pork bones porridge is right on top of my list, so easy, fast and delicious. Topped with lotsa chiffonade lettuce, just like how mum taught us to eat. 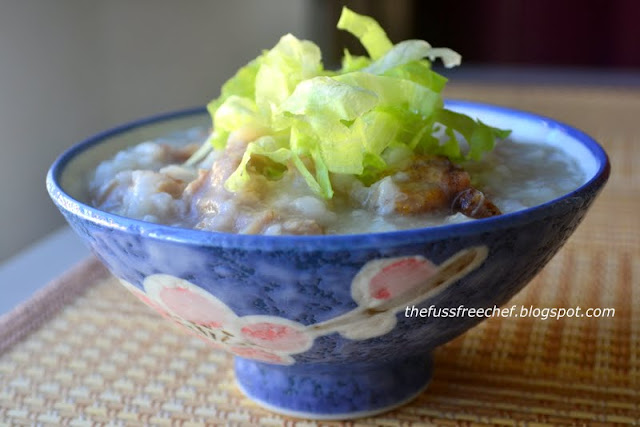 I recently came to know a friend who boils it together with salted egg, some scallops and dried oysters.  That would be an indulgent version, but my favourite is still the simplest version - just lots of roast pork bones.  Nothing else.  Oh, it just occurred to me that this would be a one ingredient recipe - a record breaker! 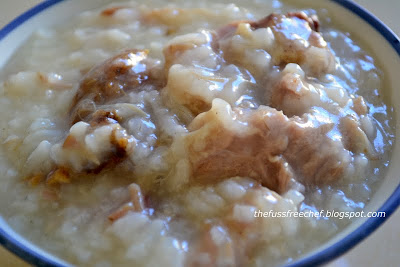 
1.  Rinse the roast pork bones with some hot water to discard any dirt or scum.


2.  Rinse the rice and add 6 cups of water, and bring to a boil.  Add the roast pork bones and bring to another boil.  Turn down to simmer for about 30min or until the rice texture turns into gooey porridge; and the aroma and flavour of the roast pork bones have totally infused into the porridge.  Season with some salt and pepper.  Serve with a dollop of sesame oil, dash of soy sauce and plenty of chiffonaded lettuce.

Note: I intentionally include the word "Bones" into the title recipe as that is the most accurate description.  You need to use the meaty bones to give the porridge its roasty, marrowy, robust flavour.  Normal siew yoke will not really do the job, plus it is way too oily as it is pork belly and not meaty bones.

Posted by Esther@thefussfreechef at 5:17 pm