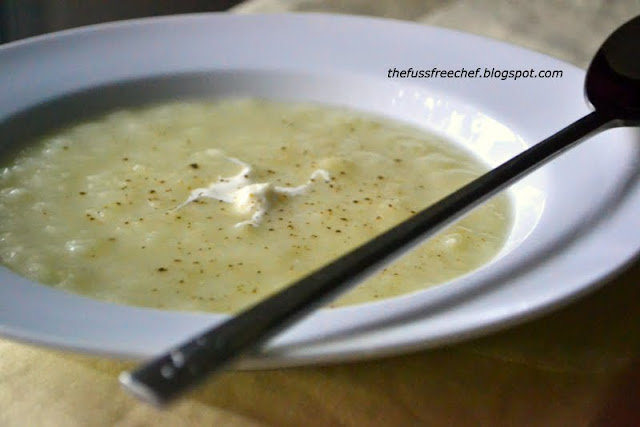 I must be one of the last few people on this planet to discover leek.  The first time i used leek in my cooking was when i made Tonjiru, after having seen it on Sonia's blog.  After that episode, i told myself i must make a dish that has leek as the main star, so that i can fully appreciate its wonderful aroma and flavour.

Leek is a vegetable that belongs to the onion and garlic family, with a mild oniony flavour.  Instead of a tight bulb like its onion and garlic cousins, it comes in a long, tight bundled of leaf sheaths, and the edible portions are the white base part all the way up to about 1.5 feet.

Leek and potato soup is very classic British fare (leek is actually one of the national symbols of Wales).  I remembered having seen it in several restaurant menus whilst i was in London for a short work stint a couple of years ago.  It is incredibly easy to make, and tastes oh so good.  A hearty bowl of this old fashioned soup will instantly reminds you of comfort fare and warms the cockles of your heart! 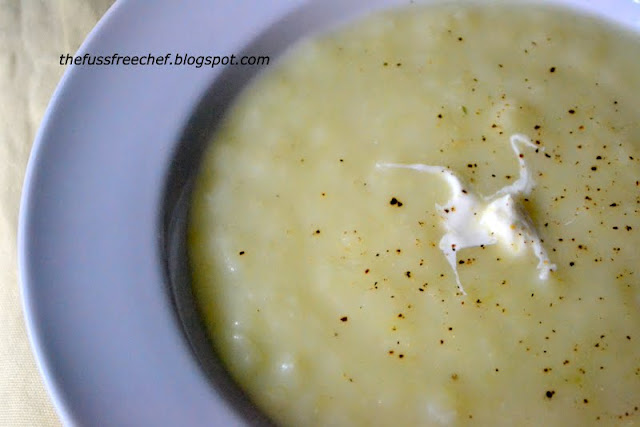 Note: most leeks sold in our local supermarkets here have already been trimmed off the top rough sheathes and rinsed of the mud and dirt that is usually trapped in between the leaf sheaths.  If you have bought the leeks unwashed, then trim it until about 1.5 ft starting from the white base part, discard the roots and rough outer layers and thoroughly rinse through to rid of the dirt. 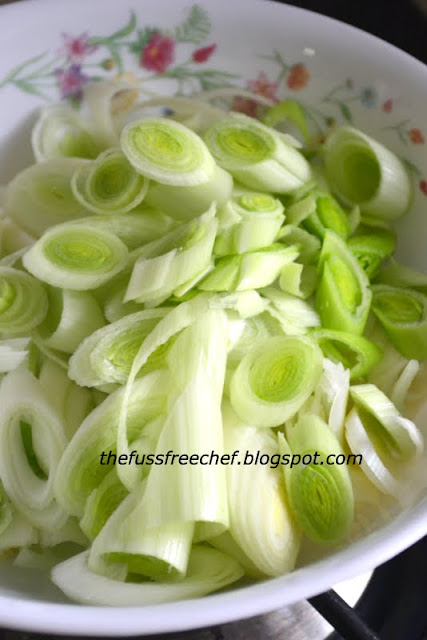 2.  Peel the potatoes, halved and cut into diagonal slices too.  Roughly chop up the garlic.

3.  Heat 1 tbspn of oil and fry the garlic and leek until the leek have softened.  Add in the potatoes and water and bring to a boil. Turn down to simmer for about 15min until potatoes have softened considerably.

4.  Add the chicken stock powder and rock salt.  Season to taste.  Switch off fire and let it cooled slightly.

5.  Pour into a heat resistant blender, or use a hand blender to whiz until the soup becomes a puree.  Reheat until very warm, season with freshly grinded black pepper and serve immediately with crusty bread. 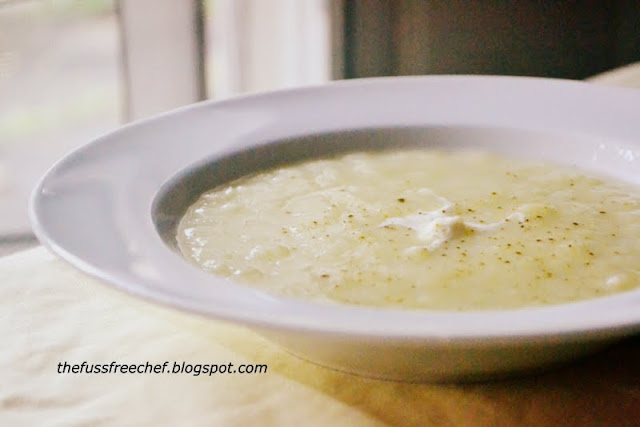 Posted by Esther@thefussfreechef at 2:01 am