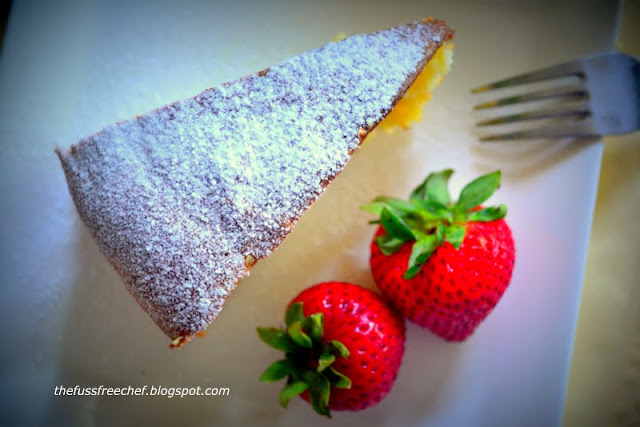 Since we are in the midst of a glorious durian season, it's the best time to try some durian based recipes.

My BIL's mother once made us a chiffon durian cake that was simply out-of-this world! I have often thought of asking her to teach me how to make that, but have never gotten round to it.

This time when I managed to get some lovely durians and wanted to give aunty a tinkle, my mum told me she wasn't feeling well. Ah, lousy timing.

So I attempted to try something on my own.  Baking is not my forte so I decided not to be too ambitious in my maiden attempt with my favourite fruit.  I googled high and low to find a recipe that fits the following criteria:

2. maximises the flavour of the fruit without too many additional flavourings - I personally am not a big fan of using fruits for cooking simply because I feel that fruits should be best enjoyed on its own

3. is relatively low in fat (ie doesn't use a lot of butter or oil - something less than 50g would be nice)

and 4. doesn't leave me with a huge sinkful of washing up!

So here it is; a lovely, light Durian and Yogurt Cake.  The texture is similar to Japanese cheese cake, just a tiny tad more dense.  Thankyou Leela of Shesimmers for this delightful recipe. 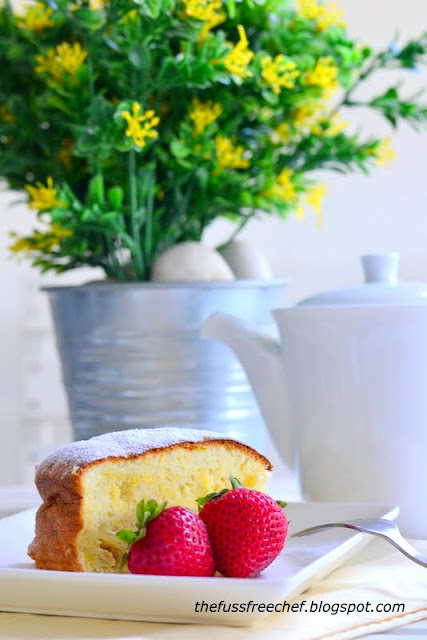 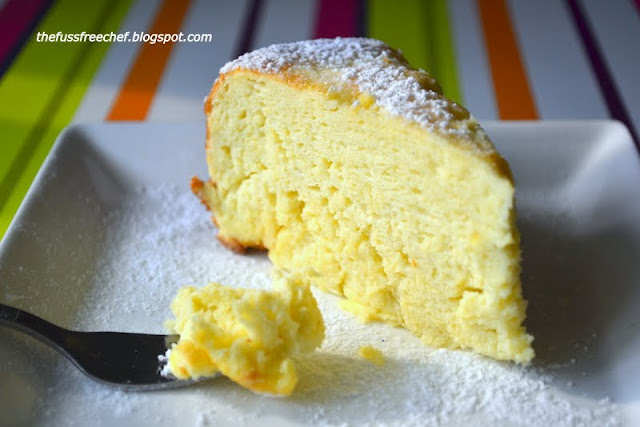 I followed the recipe almost to a T; with some minor adjustments (and converted the measurements from grams to cup, for my own sanity!)

1.  Use a handwhisk and mix the durian puree, flour, egg yolks, salt, yogurt and butter together until even.
2.  Preheat the oven at 160degrees celcius.  Grease a 9inch springform pan.

3.  In a separate bowl, beat the eggwhites until frothy, add in the cream of tartar and then sugar until stiff peaks.

4.  Fold into the flour mixture, be careful not to overmix.  Pour into the pan and bake for 45 - 55 min.   The cake will puff up quite a bit, and then shrink after it is cooked.

5.  Let the cake cool before unmolding.

1.  I used good quality kampung durians, didn't bother with Musang King (since hubby once bought both and I couldn't taste the difference!)

2.  Understand the idiosyncracies of your oven.  I use a convention oven/broiler which heats faster and is more efficient in heat circulation, thus I use a lower temperature at 150degrees.


3.  When putting the cake into the oven to bake, be sure to have sufficient space on top for the cake to rise.


Posted by Esther@thefussfreechef at 9:09 am