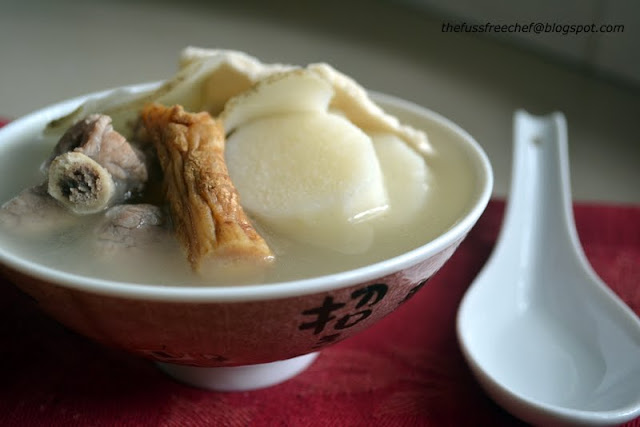 I first tried this soup at my mum's house a few months ago and I liked it straightaway. It had a delicate herbally flavour, and was a nice change from our usual repertoire of soups. The herbal mixture comprises of yuk chuk and tong sum.

In addition, I also added a few pieces of dried chinese yam. Pronounced as "shan yao" in mandarin, this nutritious tuber is high in vitamin C, B6 and potassium, and is traditionally believed to strengthen the kidneys and lungs. It is also the only yam variety that can be eaten raw.


Yuk chuk (solomon's seal) is known for its healing properties on the stomach and lungs. I love the flavor of yuk chuk, its probably one of the most popular herbs around for boiling soups. Tong sum looks like a dried, gnarled twig, and is believed to aid in blood circulation and boost the growth of blood cells. That's why it is one of the must-have herbs during confinement period. 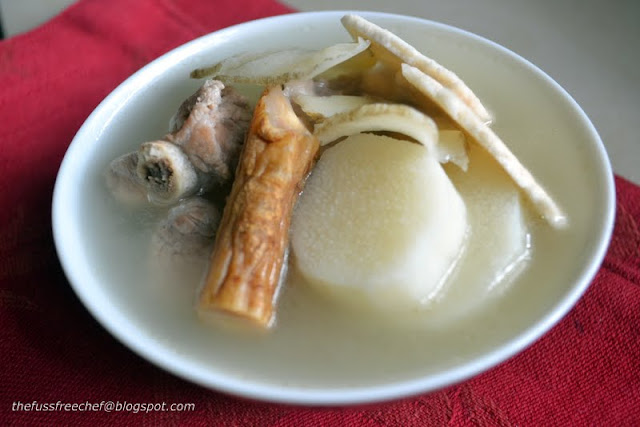 2. Rinse the herbs and peel the chinese yam. Rinse the peeled yam thoroughly under running tap water for a few minutes until most of the mucus is washed off. Cut into diagonal chunks.

3. Once the water is boiling, put everything into the pot, bring to a boil and turn down the fire to simmer for about 1.5 hours. Stir the soup occassionally. Season with salt and pepper to taste and serve. 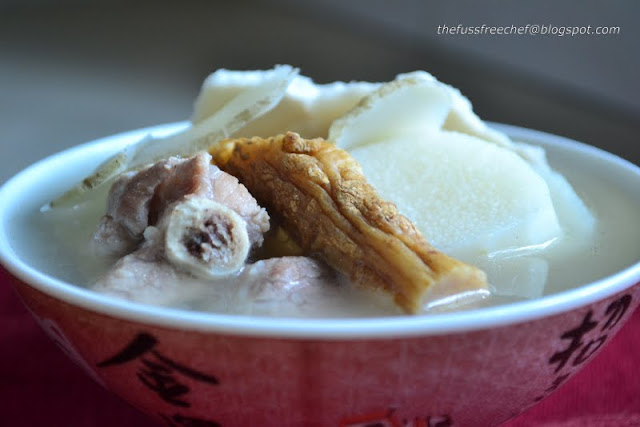 Posted by Esther@thefussfreechef at 12:46 am