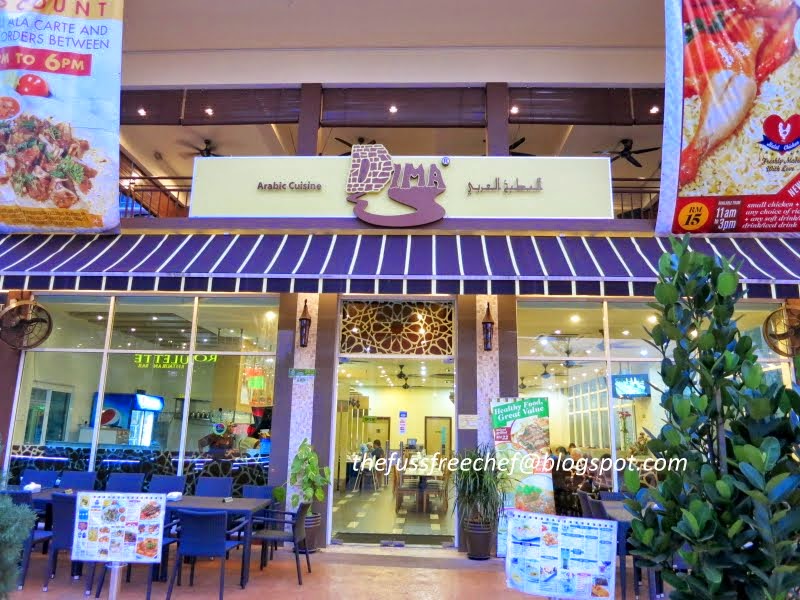 
The interior is comfortable with airconditioning.   This is their fourth outlet. They also have two outlets in Melaka and one in Cyberjaya. 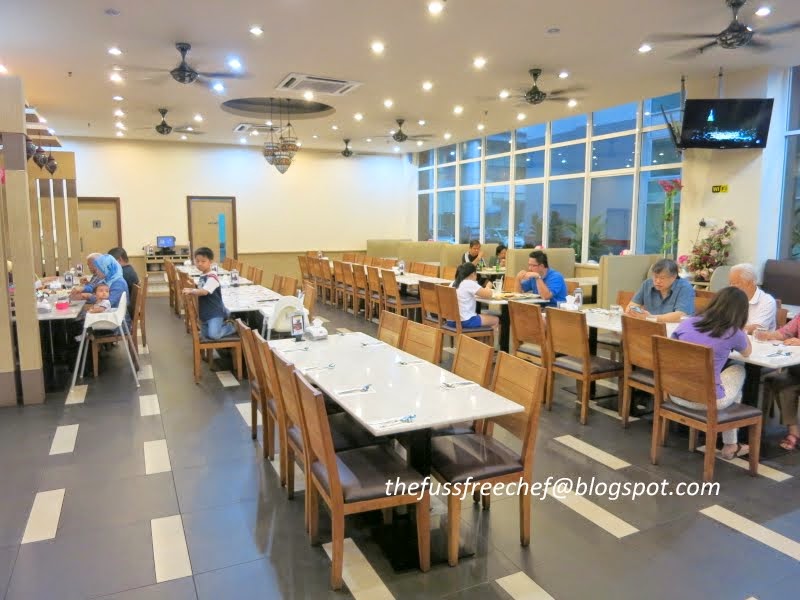 DIMA's signature dish is their D'zurbiyan Lamb. It comes in three sizes – small ($22), medium ($40) and large ($78). You'll find this dish on every table. It is a tantalising plate of tender and well marinated lamb on a bed of fragrant long grain rice cooked with various spices and condiments. Don't miss this.

Two other highly recommended dishes were their Chicken Hanith (a spicy tomato based chicken dish baked in foil) and the Lamb Mandi. Both dishes can be ordered with either lamb or chicken. In fact, their menu comprised of almost all lamb or chicken dishes. You'll be hard pressed to find much seafood or beef items.
﻿


We also tried their other signature dish called Chicken Madghot (small for $14, medium for $27, large for $50) - similar to a dry version of chicken kurma.


Although portions at first glance seem generous, you'll realise there's A LOT of rice, with much less meat. Our small servings of Chicken Hanith and Chicken Madghot both had only one piece of chicken on a heaped bed of rice.


You can't go to a Middle Eastern restaurant and not order some grilled meat; so we decided to try a small portion of their Mixed Grill ($22) – which consisted of a skewer of chicken tikka, 1 lamb kebab, and 2 sticks of sheesh tawook.


Tasty, but the meat was rather dry and chewy. Moisten them with the generous servings of dips and spicy gravy provided.


The obligatory plate of salad to balance the heaviness of all the rice and meat. 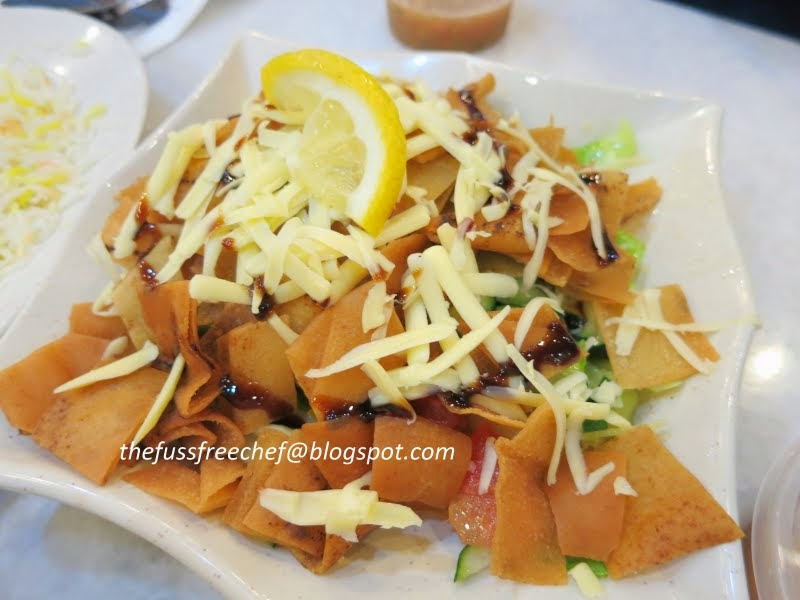 For drinks, we had Barbican – a malt beverage that tasted like fizzy fruit drink. Absolutely refreshing. $5 per bottle – it's one of those screwed cap bottle that you can just twist and the cap will come off. 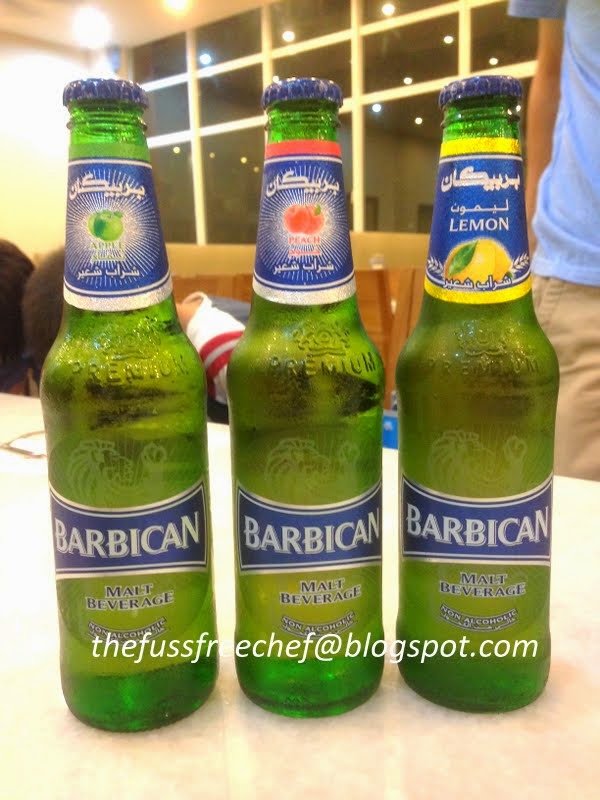 For dessert, I was eye-ing the baklava on the menu as it is one of my favourite Middle Eastern sweets. 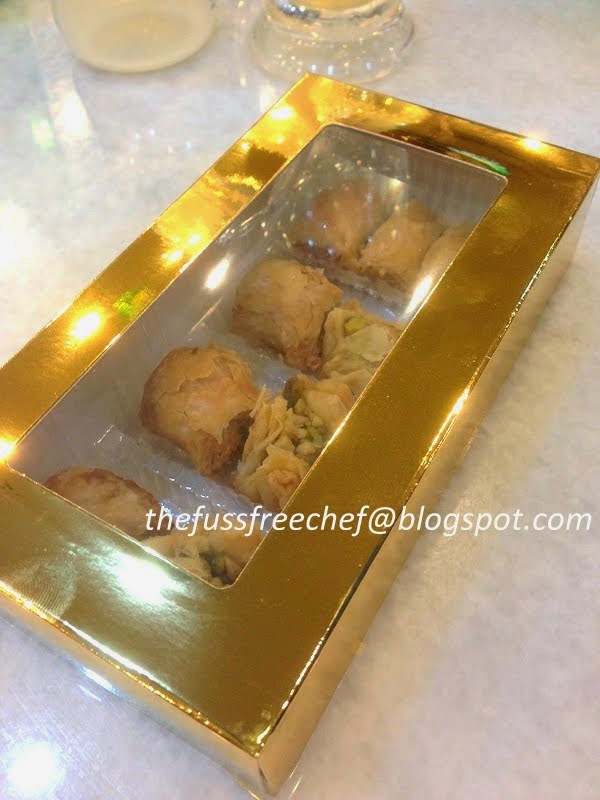 However, what came was a major let down. Bite size pieces of storebought baklava that were already soggy and had that “too-long-in-the-fridge” taste. We were sorely disappointed. After such a hearty spread of mains, this felt almost like an anti-climax.


Overall, DIMA is a great place to enjoy some tasty, uncomplicated Middle Eastern fare at reasonable prices, particularly for chicken and lamb lovers. Just stay away from the baklava. They also have a kiosk like counter selling soft-serve cones for $3 each. Perfect for the kids.


This article was also featured on Hungrygowhere HERE

Posted by Esther@thefussfreechef at 3:56 pm