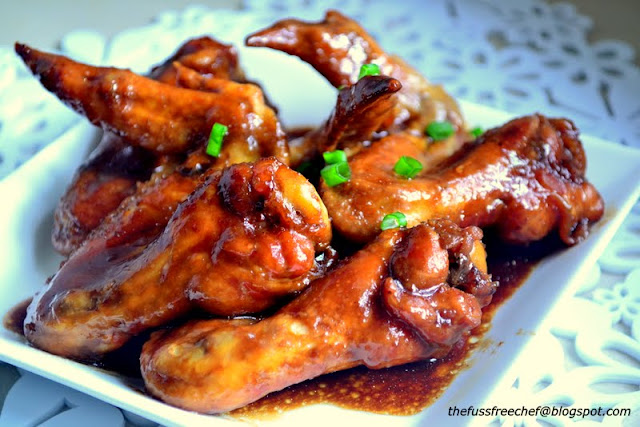 My favourite yeast spread is not Marmite or Vegemite but Promite. Both Marmite and Vegemite are saltier and have a more "spikey" taste (for lack of a better word).

To me, Promite doesn't jolt your tastebuds as much; it is gentler, less salty and has a more rounded taste. Unfortunately i cant recall seeing any Promite in supermarkets here. I could only get them in Australia.


Anyhow, my son loves the Marmite fish slices dish.  Since our jar of Marmite has been sitting there like forever, i decided its time to try cooking it at home. 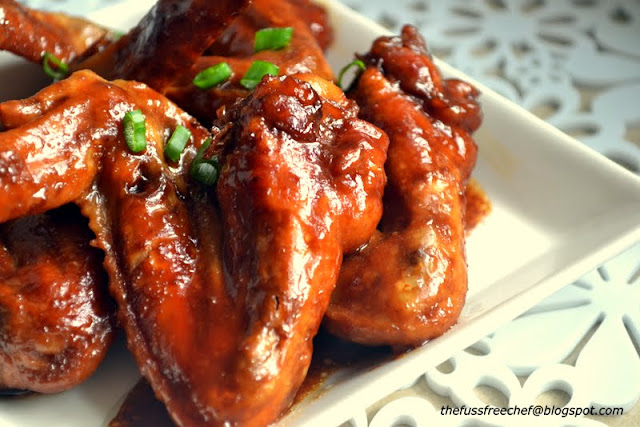 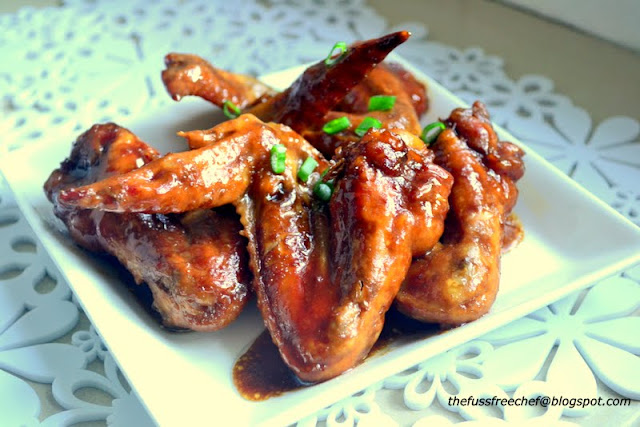 I saw this yummy looking recipe from Pig Pig's Corner, modified it slightly and simplified it by cooking the chicken with the marinade together. No need to stir fry and add additional sauce. Fuss free mah :) No need to "hoi wok".


If you have some pre-made garlic oil, even better. Just mix half a teaspoon into the marinade.

1. Marinade the chicken wings and set aside for at least two hours in the fridge.

2. Heat a tspn of sesame oil in a corningware casserole dish (so that you can cook and serve in the same dish), and pour the wings together with all the marinade. Bring to a boil, stir the bottom to prevent any sticking or burning, turn down the fire and let simmer for 15 min.

4. The gravy should be sufficiently thick and sticky by now. Adjust the sweetness according to your preference. Spoon the gravy to coat the wings evenly and serve.

Note: i minimized the quantity of dark soy sauce so as not to overpower the taste of marmite. After testing this recipe, i realised that restaurants that cook this dish use a lot more dark soy sauce than marmite; not surprising since marmite costs alot more.

Posted by Esther@thefussfreechef at 11:31 am